The Kansas City Corporate Esports Cup is a seasonal series of esports competitions to challenge your corporation with other KC metro corporations and companies throughout the metro.

We take the most popular esports titles and give your team a head to head weekly competition in games that your employees are already playing daily at home...but now, they are playing for you, your company, your brand in a battle for the corporate esports cup!

For weekly game play, we want each match to start at NOON on each Sunday, just to keep things simple. If you need to extend your time for some reason, contact an admin and work with the opposing team's captain to modify any start times.

Starting in 2021 - we will start signing up teams to get the league underway but be sure to get in before the end registration date!

This is a one time game prior to league play to ensure that all captains and players know how everything will work during league play and solve any small logistical issues that come up.

Based on the number of teams in each league, each team will play each other to find the cities best team in each game.

A double elimination tournament where each round will be completed by week, with the exception of the loser finals and grand finals on the same weekend.

These are the following titles we will host in the Spring of 2021: 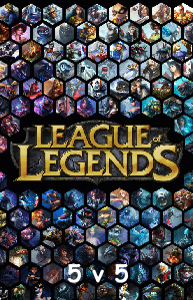 Recently recognized as the most played video game in the world, League of Legends is a multiplayer online battle arena game (MOBA).

Players choose a role from an expanding cast of powerful champions and join forces in strategic, fast-paced 5v5 gameplay to take control of the enemy's end of the battlefield.
League of Legends Ruleset 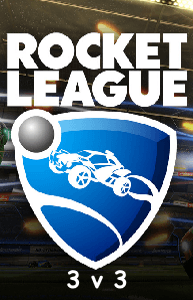 Be part of a 3-person Rocket League squad with booster-rigged vehicles that can be crashed into balls for incredible goals or epic saves across multiple, highly detailed arenas.
Rocket League Ruleset 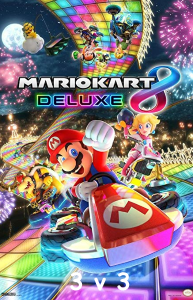 Mario Kart 8 is a competitive racing game where players control Mario franchise characters in kart racing, collecting a variety of items to hinder opponents or gain advantages in the race.

Play as a 3-person team against another company, along with 3 bots on each team for an epic 12 player, 4 race match. The company with the highest player accumulated finishes wins the day!
Mario Kart Ruleset

This league supports the Kansas City Esports Coalition and their quest to utilize the power of esports to drive awareness, engagement & economic value for our community by attracting, producing and promoting esports events locally and regionally.

How to compete in the Kansas City Corporate Esports Cup

Here is how to get started and what to expect!

If you have further questions, please feel free to contact us below.

KCGameOn is here to help! We know spinning up esports culture in your company will not be easy.
We will work with you to develop this culture and help build it out for years to come.

KCGameOn is a not-for-profit, whose purpose is to organize esports programs, conferences and bi-monthly events, forming tight knit gaming communities across the Midwest, promoting leadership, collaboration, professional growth and fun.